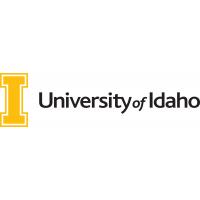 Since 1889, the University of Idaho has provided motivated students with a transformative higher education experience that prepares them to solve real-world problems and achieve success in their lives and careers.

The information on this page (the dataset metadata) is also available in these formats.

via the DKAN API

Around the world, landscape architects establish linkages between social needs and natural systems through innovative designs that save lives and protect native landscapes. Population growth has exerted increased pressures on habitat and wildlife populations globally. In the United States, since 1990, increased roadway densities have caused a rise in vehicle-wildlife collisions by 50%, contributing to nearly two-million collisions annually (Huijser et al., 2018). Within the Teton watershed in southeast Idaho, there have been 291 recorded wildlife-vehicle related crashes between 2010 and 2019. Collisions with wildlife are grossly under reported due to inconsistencies in reporting methods and data repositories (Huisjer et al., 2008b). This project explored how standardized conservation best management practices could improve habitat connectivity for wildlife species and reduce vehicle-wildlife collisions. Decisions were informed by alternative future scenarios driven by stakeholders involved in the National Science Foundation (NSF) Established Program to Stimulate Competitive Research (EPSCoR) Genes by Environment: Modeling, Mechanisms and Mapping (GEM3) project in Idaho. Spatial analysis through Geographical Information Systems (GIS) and detailed case studies were evaluated to find high priority road sections for consideration of mitigation measures. Evaluative metrics included historic vehicle-wildlife collisions, carcass removal records, and GAP wildlife habitat. This project considered the long-term implications of wildlife crossings under a single scenario from the GEM3 project to provide solutions for a future trajectory of change. Through a mixed-methods approach this project a) analyzed and b) identified locations to address habitat issues within Teton Valley. A multivariate regression model in ArcGIS Pro was used to evaluate a set of roadway characteristics (Huijser et al., 2008b) that have been shown to influence wildlife-vehicle collisions. Kernel Density analysis was used on wildlife-vehicle collisions and carcass removal data to find hot spots for conflict areas along major highways. Finally, by evaluating a set of biological conservation factors against the results from the kernel density analysis, priority locations were defined. Results showed a need for mitigation measures at 10 distinct locations and provided support for the greater improvement of standards of reporting for wildlife-vehicle collisions. This work builds a framework for landscape architects to use for habitat corridor connectivity, future transportation planning projects, and to evaluate the need for mitigation retrofits on existing infrastructure.